After several weeks of cool weather and, to be honest, rather dull trapping results at last a mild night produced some interesting moths. Morophaga choragella was only the second garden record as was Pale-shouldered Brocade; Pyrausta purpuralis hasn't appeared since 2006, all other potential candidates proving to be aurata when the hind-wing was checked. 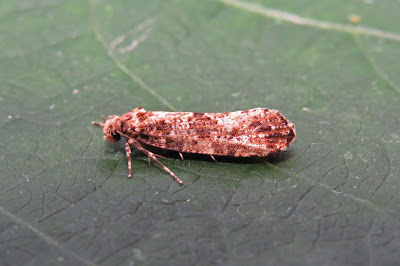 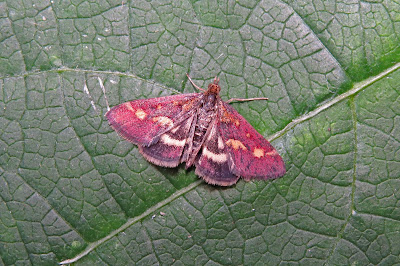 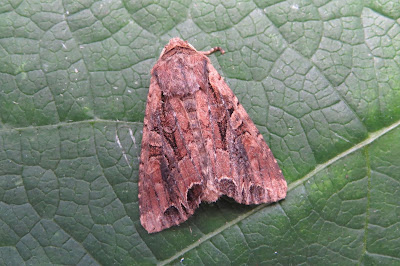