I've not recorded the melanic form of Peppered Moth here, although it is fairly common in VC31, so I was pleased to find the intermediate form f.insularia amongst an otherwise undistinguished catch. 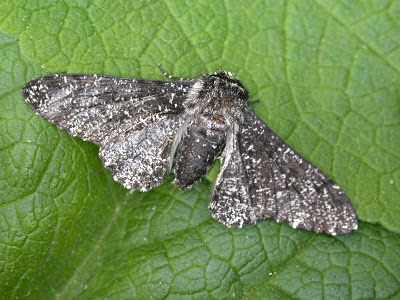 A cooler and consequently quieter night enlivened by the arrival of the first addition to the garden list so far this year - a nicely marked plume moth, Platyptilia gonodactyla. 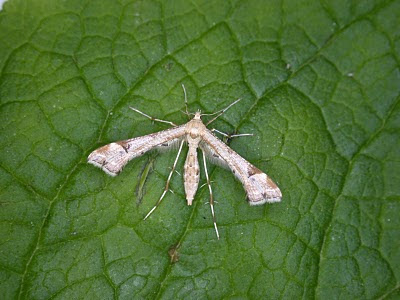 A run of warm nights finally produced reasonable numbers of moths, with many new for the year. Of note were a well marked Oak-tree Pug, just the second garden record after one in 2007 was identified by dissection, and a female Muslin Moth, also just the second record here. A poorly marked Powdered Quaker caused some confusion as, in the hand, it looked very like an odd wainscot species. 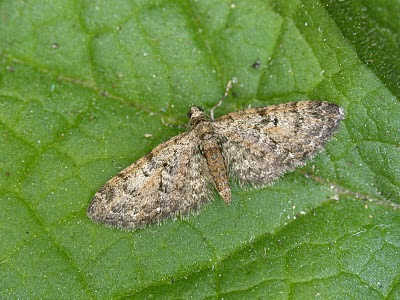 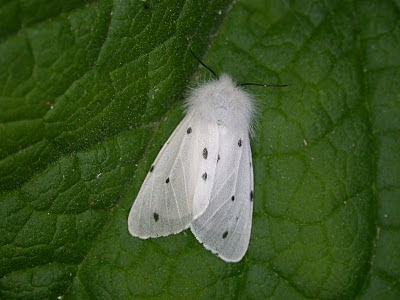 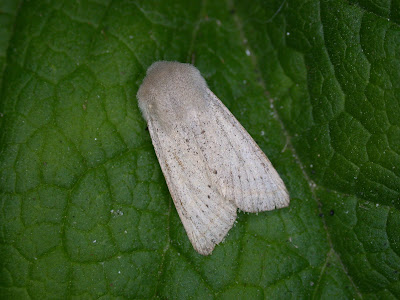 Things still very slow with bright but unseasonably cold weather. 15 moths of 10 species is nothing to write home about but at least there were several new for the year: Brimstone Moth (2), Common Pug (4), Buff-tip and Flame Shoulder. Best catch was just the second garden record of Pseudoswammerdamia combinella. 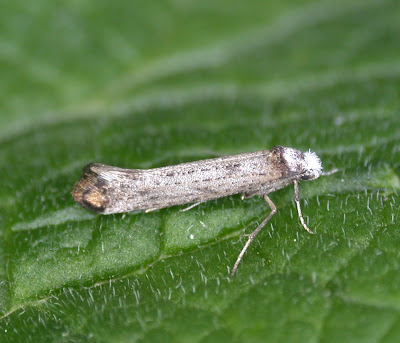