A chilly but dry night was forecast so I thought I'd try my luck with the actinic. Overall numbers right down but a gorgeous Early Thorn made it worthwhile. 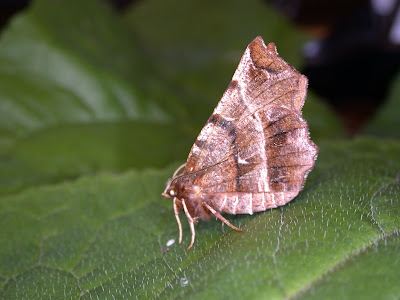 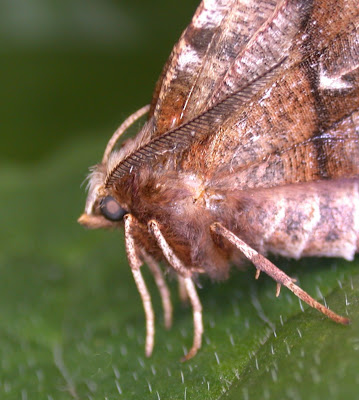 The first Twin-spotted Quaker of the year was also the first since 2006 - a pattern I've seen reported by several other trappers. Hopefully a few more of the AWOL species will return this year. 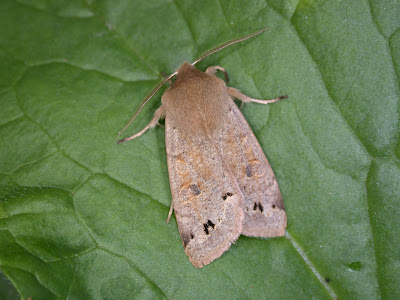 I found this shield bug in the garden this afternoon - sat on a towel that was hanging out to dry. A search of various bug sites reveals it to be a Green Shield Bug, despite its appearance. In autumn the adults change their appearance to merge in with the vegetation; in spring they change back. 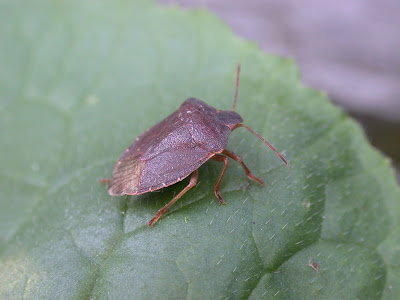 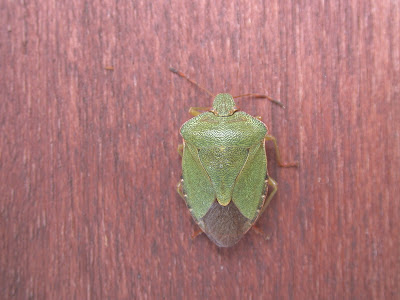 And, whilst I'm at it, here's a nymph caught in the garden last summer: 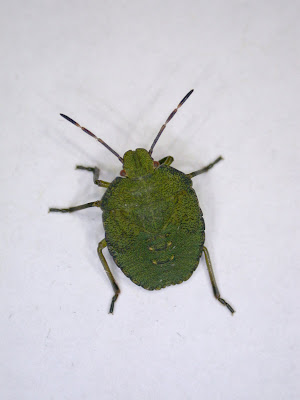 A clear, cold night and under normal circumstance I wouldn't have bothered trapping but my brand new Robinson trap from ALS was delivered so I had to try it out. A frost on the car windscreen first thing showed how cold it had been and this was reflected in the trap's contents - a very fresh Red Chestnut and an Emmelina monodactyla. 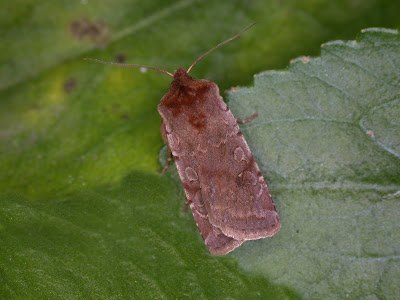 A cool, clear night to begin with, clouding over later. I ran the 125w MV trap for the first time this year - numbers down on previous nights but may just have been down to the weather. 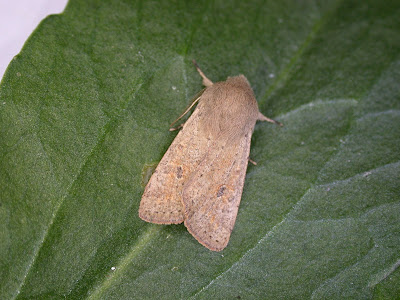 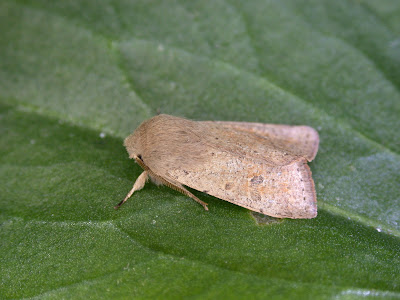 Some of the regular occupants of the trap early in the year: 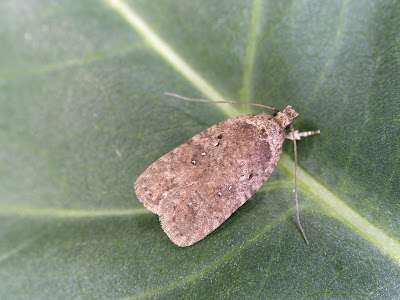 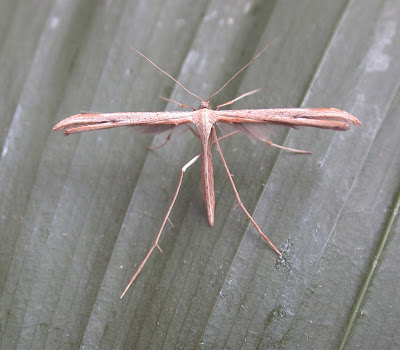 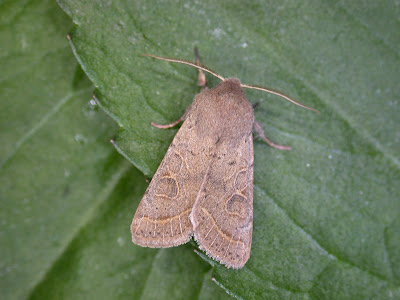 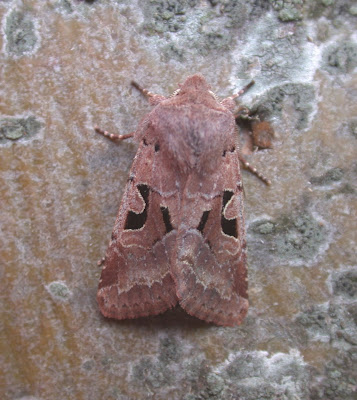 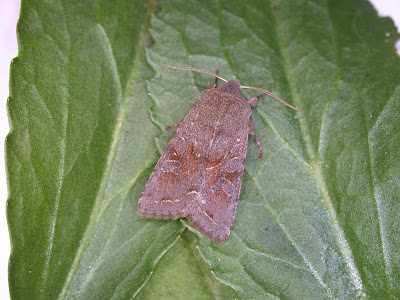 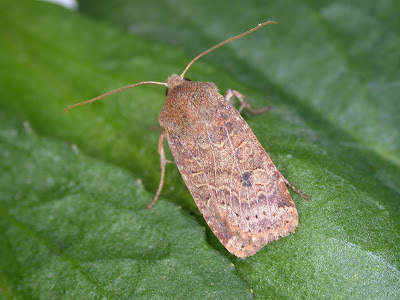 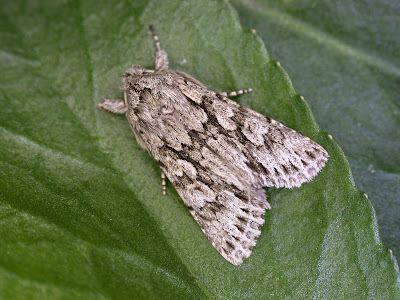 The first interesting moth of the month was on the 6th when one of the four Dotted Borders in and around the trap was the all dark form ab.fuscata. 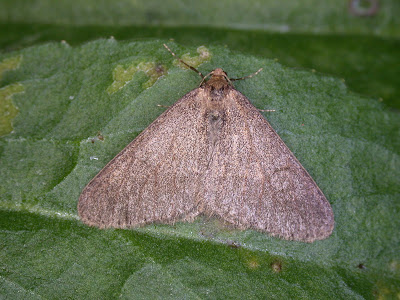 This is the more usual form: 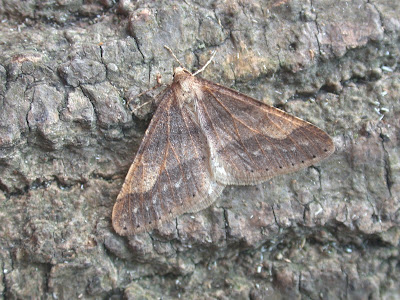 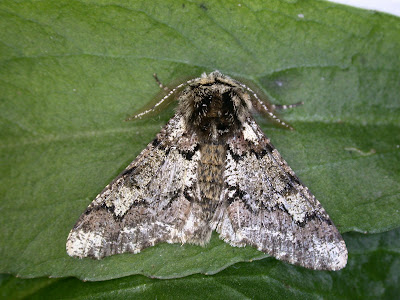 On the 12th one of my favourite moths arrived - The Herald. This one was particularly active and was awkward to photograph, it eventually settled on my desk. 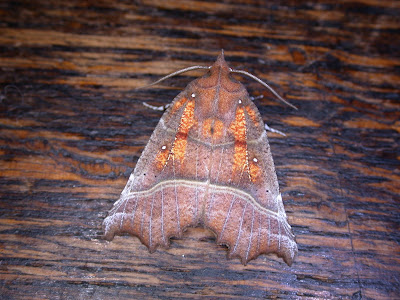 Freezing weather conditions meant that it wasn't worthwhile putting the trap out until 17th February when I tried the 15w actinic. Five species, all new for the year, was about what I'd expected but there was a surprise in a female Pale Brindled Beauty perched on the edge of the trap. I've not seen one of the wingless females before and it took me a few minutes to realise what it was - a suggestion was later made that the female had been transported there by a male which had later flown off. 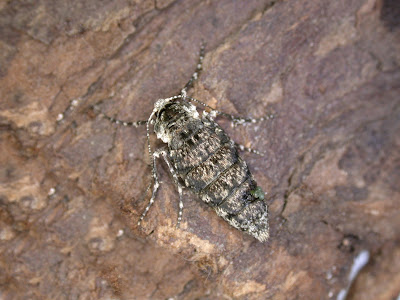 A few days later on the 21st only two species came to the trap, but one of those was a very smart Satellite. 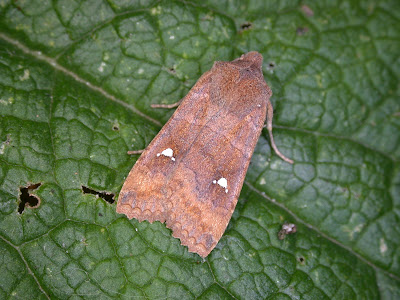 On the 24th an Early Moth was attracted to a lit window and two March Moths were in the trap. This was unusual as it was only the second garden record and the first multiple. 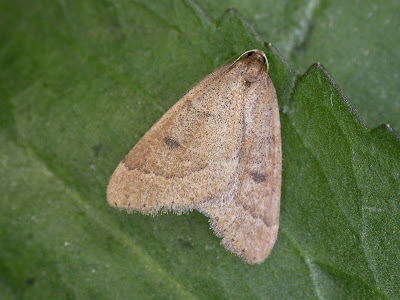 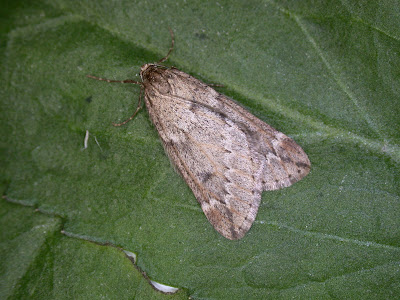 The final trapping night of February was the 27th; two Satellites were notable but the main interest was my first confirmed Tortricodes alternella - I trapped one in 2005 but released it and the only photo was inconclusive. 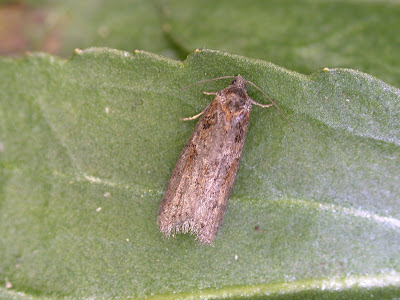 The year started cold and the only moths found were in the house. I'd recorded Indian Meal Moth (Plodia interpunctella) on several occasions previously but it was absent in 2008 so finding one fluttering around the house on 4th January was particularly welcome. I do wonder where it came from though! 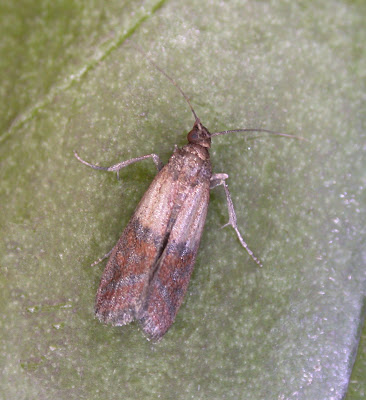 The second moth of the year, Agonopterix alstromeriana, was caught under almost identical circumstances two weeks later. It wasn't such a surprise this time as it appears regularly indoors, particularly in the winter. 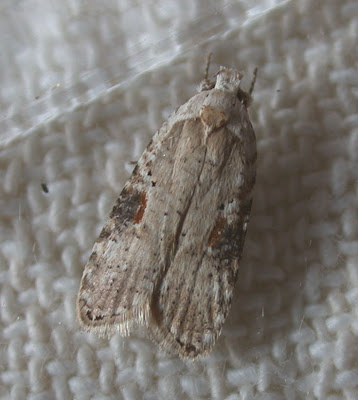